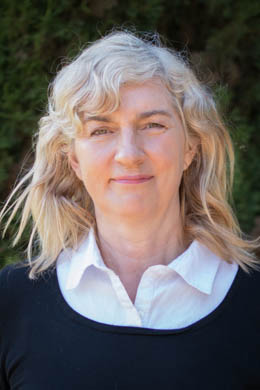 Frances first took up riding as a young child in England, focusing on eventing in her teens. At Oxford University's Somerville College (where she was awarded a Master of Arts Honours Degree in Chemistry) she spent the vast bulk of her time following sporting pursuits, particularly Modern Pentathlon and riding, representing Britain in the former and awarded eight 'Blues' in the process, a sporting record that apparently remains unbeaten to this day.

In her youth Frances owned and competed two very special horses in the UK:

In 1987 Frances moved with her employer to Melbourne, Australia, where she maintained her interest in eventing, albeit at Novice level, and developed a new interest in breeding. Within weeks of arriving she had bought another horse.

Silent Mist, renamed Whispering Castle when Frances later passed him on to a professional rider to compete, was a grey 16.2hh thoroughbred. He had done some show jumping, but it was Frances who introduced him to eventing. He was a very sensitive horse, but also had beautiful paces and was very scopey and athletic, so in many ways quite like Clifton Promise (except for the colour!). She evented him at Novice level until she started a family, but she kept ownership and passed him at first a young rider (who led on him after the dressage at the Australian young riders eventing championships by over 10 marks!) and then later to a senior rider. The latter thought Hush was international material and was aiming him for the Australian team when he tweaked a tendon. He was retired from competition and became her fun horse on the odd occasion she had time to ride.

In 1993 Frances moved to Auckland, New Zealand with her family, which by now included two children, Hush, a brood mare and four Great Danes. Ponies were acquired for the children and she continued to experiment with a small-scale breeding programme that was specifically designed to produce top quality eventers. Hush eventually died at her home in Clifton Road, Whitford, aged 25.

The breeding programme was not a great success, not the least problem being that she kept breeding fillies and not colts! Frances also realised it was more efficient and a better predictor of future talent to see young eventers demonstrate their paces when a few years old.

Keen to give back to a sport from which she herself had derived so much enjoyment over the years, she started to sponsor a young talented rider, Kirstin Kelly, in 1998. Frances provided her with several young eventers, including Clifton Buzz who as a six-year-old was the youngest horse ever to be put on New Zealand Eventing Pre-Elite squad. In December 2000 he was the only horse to do clear round stadium jumping at Puhinui CCI*** 3DE. 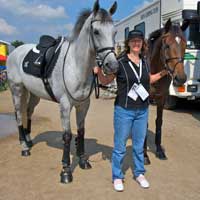 Frances with Clifton Checkers and Call Me Clifton at WEG, 2006This was the start of the Clifton Eventers programme and in the following years additional riders and horses were added. By 2006 Frances had around 20 horses placed with over half-a-dozen different riders. As you might imagine, the management of this became increasingly complex and after the WEG in 2006, where two of the six horses representing New Zealand in the eventing competition were Clifton horses, the decision was made to consolidate the majority of the horses with one rider at a purpose-built facility, and a suitable 20 ha property at Muriwai north-west of Auckland was purchased in June 2007. You can learn more about this facility here.

At the end of July 2007 Frances was put in contact with Jonathan 'Jock' Paget by former Olympic equestrian Heelan Tompkins, who had just returned from Queensland, Australia, where she had seen Jock ride a clear round in a CIC*** there on a catch ride that had a history for stopping. After several telephone calls, Frances persuaded Jock to join her new Clifton Eventers venture as principal rider for the start of the 2008 season.

However, an outbreak of equine influenza near Sydney in August 2007 resulted in all horse movements being halted on much of the east coast of Australia. With no ability to ride in Australia, their plans were brought forward and Jock returned to New Zealand on 21 September 2007 at the age of 23 to become the principal rider for Clifton Eventers.

Frances has been on the board of Eventing New Zealand, the body that manages the sport in New Zealand, where she had special responsibility to develop the competition calendar.

Frances worked in marketing at Procter & Gamble for many years before joining L'Oréal in a marketing capacity in 1984. In 1993 she became the Managing Director of L'Oréal New Zealand, the first woman to be appointed L'Oréal Managing Director anywhere in the world, and proceeded to increase the turnover ten-fold and the bottom line over 50-fold.

Frances left L'Oréal in 2012 and now lives most of the year in theDordogne in south-west of France, a short flight from Jock's base in the UK and all the major European competitions, including the 2014 World Equestrian Games in Normandy. She returns to New Zealand several times a year and tries to attend the major competitions there, as she is always looking for talented young horses with true four-star potential.

She recently judged all five regional qualifiers for the 2013 Discover Ireland Dublin Horse Show Three Year Old Potential Event Horse class and returned to Ireland again in August as one of the judges for the Four and Five Year Old Young Event Horse classes.

Frances travels to most of the four-star competitions around the world, usually having a horse competing there. She recently attended – and had a horse of hers compete at – every one of the six four-stars and the Olympic Games, an achievement we don't believe any single rider or other owner has achieved. 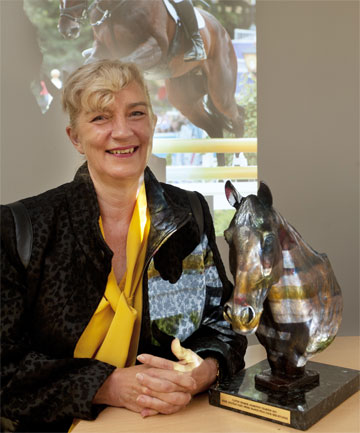 Owner Frances Stead with a bronze of her star eventer Clifton PromiseShe is married to Russell Hall and they have one Great Dane, Zeus, and an adopted stray, Lotto. They have two children, Zoë (24) who works in event management in Melbourne and Marcus (21) who is at university in London.

New Zealand's Dominion Post newspaper published a profile on 31 August 2013 entitled Clifton romance poised to bloom at Burghley, which is well worth a read for a fresh perspective on the Clifton Eventers story.

On 3 September 2013 the New Zealand Herald published a question and answer session with Frances, Twelve Questions: Frances Stead. Note that the introduction incorrectly claims that Frances bred "eventing horses for New Zealand's top riders." As noted above, her breeding attempts were not terribly successful and ceased several years ago. No New Zealand rider has a horse from this programme.

Lastly, in 2005 she was asked to participate in a New Zealand TV programme after being selected as one of New Zealand's '50 Most Powerful People' (see the clip 'Defining Power').