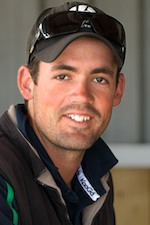 The principal rider for the Clifton Eventers team, Jock, a former bricklayer, first started riding when he was 18 years old and he knew nothing about eventing until he was 20.

He joined Clifton Eventers in New Zealand at the age of 23 and rode in his first four-star when he was 26.

He is now based in Surrey in the UK with about 12 horses in work, including his 2013 Badminton winner, Olympic bronze medallist and WEG 2010 ride, Clifton Promise, along with Clifton Lush, Clifton Razz, Clifton Signature, Clifton Dickara and Clifton Cognac. 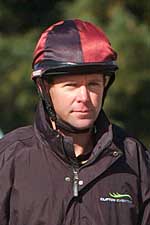 Elite Advanced event rider, Kevin McNab, has had a lot of success through out his career. Through the years he has successfully competed in International events in Australia, Europe and New Zealand.

He is currently based in the UK and rides Clifton Pinot for the Clifton Eventers team.