Won CCI* at National 3-Day Eventing Championships with inexperienced rider having only his third 3-Day event ride ever. Previously held record for best score at a Horse Trial in New Zealand with 13.1 final penalties (until beaten since by Clifton Signature with 12.5 penalties). 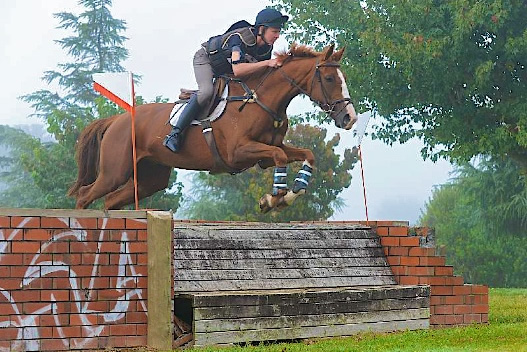 This class was predominantly for horses with Intermediate points upwards and hence ineligible for the Novice 3-Day Event Championships. This meant it was largely a class of experienced quality eventers, so exception for a young inexperienced horse like Clifton Zander to win.

The next three horses behind him were all Intermediate eventers.

Of the next ten horses behind him, only two were Novice eventers.

The average eventing points of these ten is 27 (Intermediate) points.

Top scored with ‘Perfect 10' for Gallop at National Young Event Horse Championships at Taupo – May 2008 – when only a four year old. The only horse to achieve 100% in any phase.

Won at first Horse Trials of 2011, more than 10 penalties ahead of second placed horse.

Bred by Olympic medallist Greg Best and his wife Kim and is by BT, a stallion, Greg stood in New Zealand for a few select mares for two years before it returned to the US. BT is out of a full sister to his Olympic show jumping silver medallist Gem Twist. BT is by the Jalisco B sire Ollisco. BT, a Selle Francais stallion, has some of the most prepotent jumping blood in the sport.

The dam of Clifton Zander is Topshelf who is by Trictrac,a very influential sire of both racehorses and jumpers on NZ, including the great Balmerino.

His full brother, Clifton Bee Gee, was Young Event Horse Championship at Puhinui in 2008 and placed at national YEH Championship in Taupo 2008.He has now been sold to the UK as a dressage horse.

Another eventers by BT, Clifton Gem, has turned out to be a phenomenal jumper. An Intermediate eventer who did not have a single rail show jumping in 2010! He is now eventing in the US.

This horse has all the elements needed to be seriously competitive on the world stage. Ready now to move up to Intermediate eventing.

Fully vetted, including x-rays and scope in 2007.