Looking for a co-owner

Holds record for lowest Horse Trials score in New Zealand, winning on 12.5 penalties. One of his many wins! 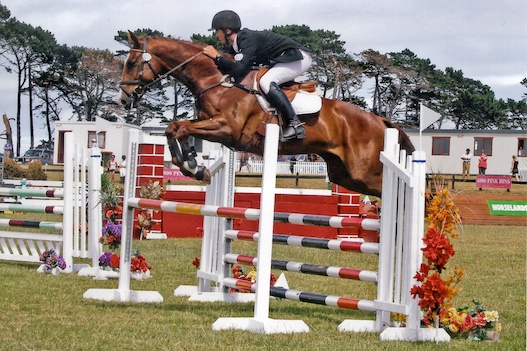 Definitely a top star of the future. However, a big-framed horse that will need time to mature. Therefore being taken slowly with the long term in mind.

This horse's track record in New Zealand is almost too good to be true:

Rider then went overseas to prepare for and compete at WEG. Just after he returned he moved Clifton Signature up to Pre-Novice.

In this time he:

Looking in more detail at these results:

On average, won his last three Training Horse Trials with final score under 20 penalties! Moved up to Pre-Novice November 2010 with similar spectacular results:

Moved to UK in early 2011 and straight into Novice Horse Trial level.

Always in top few after dressage.

Nearly always clear show jumping with only the occasional rail.

Generally taken steady cross country, but whenever asked to go for time has finished first or second in class.

Suffered loss of energy second half 2012, which is common 12-18 months after horses are imported from the southern hemisphere. After a couple of starts when he just wasn't himself, he was given a break. Came back in 2013 fully 100% again and back in top form.

Will move up to Intermediate as soon as he can get a start.

Horses of this calibre are very rarely found. He has 150% of everything it takes to make a top world class eventer.

We are proud to have him as the ‘Signature' statement for Clifton Eventers – you can't get much better than this!

We would love to have a co-owner buy into this horse. We truly believe he is absolutely world-class, but he still needs to mature and will not be at his best until he is at least 10 years old. His main target should be WEG 2018 and Olympics 2020, along with Badminton and other top 4-star competitions from about 2015 onwards. If you are interested please contact us.