Never had a cross country fault in 3 years from Training to CCI** level. Took new rider to her first placing at Intermediate Horse Trials (2nd) and her first CCI** 3-Day event, clear under time cross country. 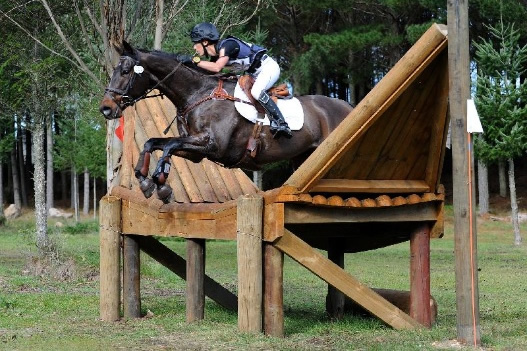 Finished second at Intermediate Horse Trials (May 2011), out of 25 starters. One of only nine clear jumping cross country and achieved the fastest time of the day.

Second half 2010 re-introduced a young rider to eventing after a three-year break.

Won at all levels of Horse Trials from Training (21.9 final penalty score), Pre-Novice to Novice.

Scores in dressage up to 72.6% at Intermediate level.

Only been to one straight show jumping competition (2011):