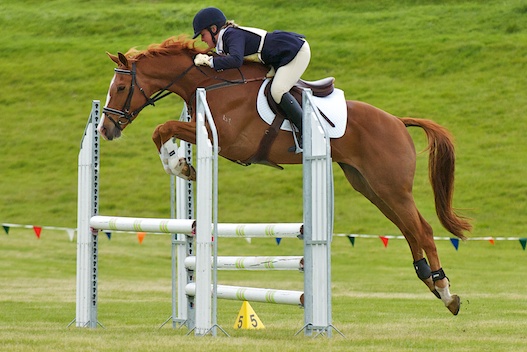 Clifton Bee Gee was bred by Olympic medallist Greg Best and his wife Kim and is by BT, a stallion Greg stood in New Zealand for a few select mares for two years before it returned to the US. BT is out of a full sister to his Olympic show jumping silver medallist Gem Twist. BT is by the Jalisco B sire Ollisco. BT, a Selle Francais stallion, has some of the most potent jumping blood in the sport.

Won Young Event Horse Championship at Puhinui in March 2008 out of 21 qualifiers.

Won Training Horse Trial March 2008 with 70% dressage, 30 penalties and finishing on this score.

Placed 2nd Training Horse Trial when only just four years old in May 2007. Scored 72.1% dressage, clear stadium and cross country. Would have won but for 3.2 time faults.

Placed 1st Pre-Training Horse Trial when just five years old, with a rider who had not evented for over 10 years. Scored 82.9% dressage, 17.1 penalties. Clear jumping stadium and cross country. Rider lost her way in stadium and go nine time faults, but he had such a big lead he still won.

Has focussed on this since late 2008 with great results:

Competed successfully at Level 3 and Level 4 dressage over 2009 and 2010 achieving wins and numerous high placings.

Numerous placings in only two months when he had only just turned four years old (January to March 2007).

Scored 80% or above in four out of five starts.

Only competed once for a win when he was actually still only three years old.

He definitely has the scope and breeding to excel here.

Lovely horse to handle in every way. Perfect manners at all times. No vices.

The dam of Clifton Bee Gee is Topshelf who is by Trictrac,a very influential sire of both racehorses and jumpers on NZ, including the great Balmerino.

Snaffle mouth, no martingale in all three phases.