This horse has more natural talent than Clifton Promise, according to rider Jock Paget! 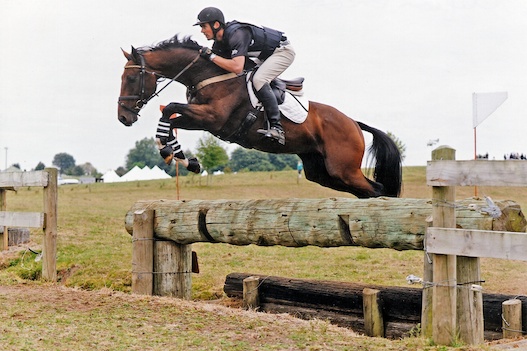 Incredible jump technique and one of the best moving TBs ever seen.

Very extravagant jump technique with enormous scope. Really uses his back. Could go top class as a show jumper.

Natural elevation and engagement on the flat very rarely seen in any horse let alone a TB. Three beautiful paces with excellent rhythm.

Achieved some exceptional dressage results for such an inexperienced horse.

Started eventing only in 2010 but moved up fast to go double clear at his first Pre-Novice in March 2010. Only lightly competed over 2010 and 2011 due to rider spending much of this time overseas and not feeling the horse was ready to be competed by others. Now much more established and settled.

Show jumped lightly at 1.10m in the past.

Fully vetted including x-rays and scope in December 2009.

By Jahafil out of Miss Bargo.